‘Following Pati Dharm’: Shatrughan Sinha On Being Slammed By Congress Candidate For Campaigning For SP 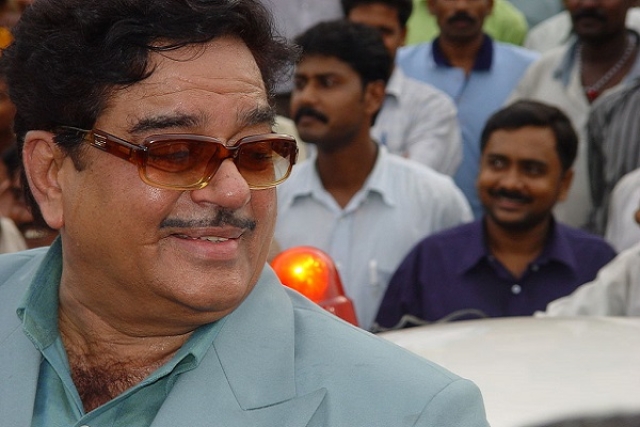 Congress party candidate from Patna Sahib constituency, Shatrughan Sinha received a drubbing from fellow Congress candidate from Lucknow, Acharya Pramod who took objection to Sinha canvassed for his wife Poonam Sinha, who is his competitor fighting on the Lucknow seat as a Samajwadi Party (SP) candidate, reports The Hindu.

Not only was Sinha present with his wife when she filed her nomination papers in Lucknow, but, the actor-turned-politician also attended an election meeting with Samajwadi Party president Akhilesh Yadav, on Thursday (2 May).

Sinha had formerly been a long time Bharatiya Janata Party (BJP) member before he finally resigned and joined the Congress party on 6 April.

Meanwhile, days after Sinha was inducted into the Congress party, the news broke out about her wife Poonam Sinha having been inducted into the Samajwadi Party by senior leader, Dimple Yadav, wife of the party chief Akhilesh Yadav.

Shatrughan Sinha though has defended his actions by claiming that he was following Pati Dharm (Duty as a husband) while campaigning for his wife.