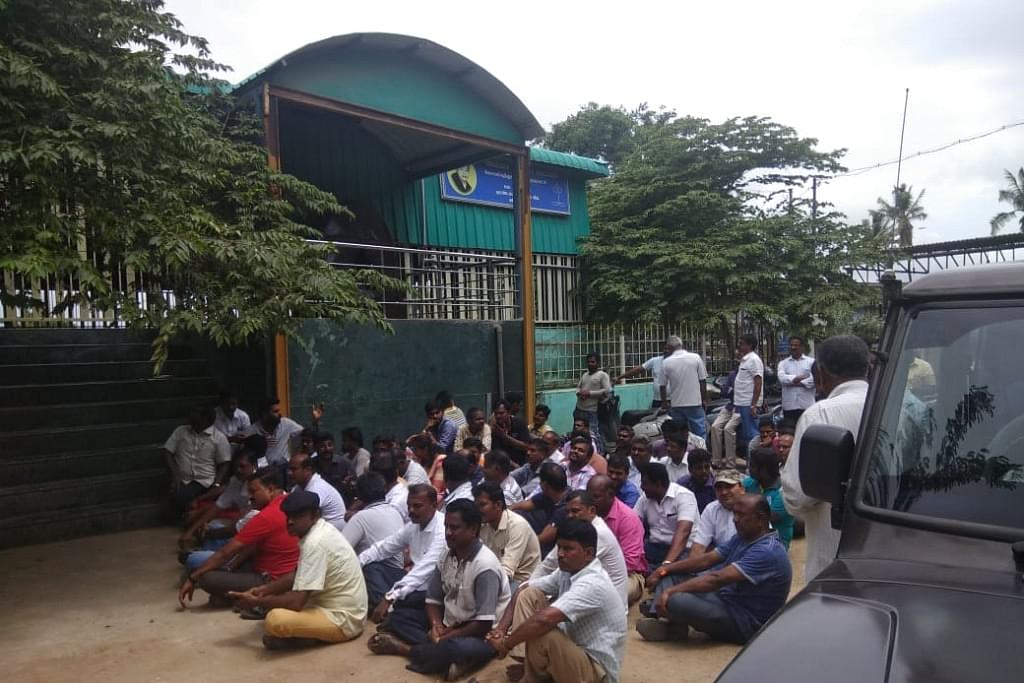 BJP members protesting in front of the Centre.

A BJP leader in Coimbatore told Swarajya that the councillor locked up the Amma Yoga Centre just before yoga enthusiasts could gather at the place at 6.30 am. The councillor claimed that he had the support of a Tamil Nadu Cabinet Minister to prevent the enthusiasts from celebrating International Yoga Day at the Centre.

The former councillor reportedly told the enthusiasts that he did not want the BJP to claim credit for the celebration. A police official stood guard at the centre to ensure that the enthusiasts don’t break in to gain entry, while local officials were ordered to put another lock above the one he had put. When the police official was questioned on his presence, he asked the local BJP cadre to disperse.

However, the enthusiasts peformed yoga outside the Centre.

With the Coimbatore BJP threatening to stage a road blockade on the locking up of the Centre, the councillor and corporation officials unlocked it.

The former councillor allegedly uses the centre to keep his dogs.