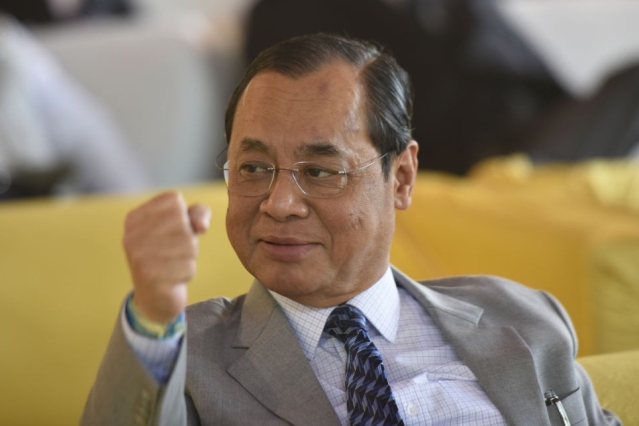 Former Chief Justice of India Ranjan Gogoi has been nominated to the Rajya Sabha by President Ram Nath Kovind by exercising the powers conferred by sub-clause (a) of clause (1) of article 80 of the Constitution of India, read with clause (3) of that article.

The Home Ministry on Monday (16 March) issued a notification announcing that President Ram Nath Kovind is nominating Gogoi to fill the vacancy originating due to retirement of one of the nominated members.

Gogoi headed the five-judge bench which delivered a landmark judgement in 70-year-old Ayodhya title dispute in November 2019. The apex court had ordered the construction of a Ram temple at the disputed site by setting up a trust, while ordering five acres be given to Muslims in Ayodhya to construct a mosque.

Justice Ranjan Gogoi was sworn in as the 46th Chief Justice of India in October 2018. He was appointed for a 13-month stint, and he took over from Justice Dipak Mishra.