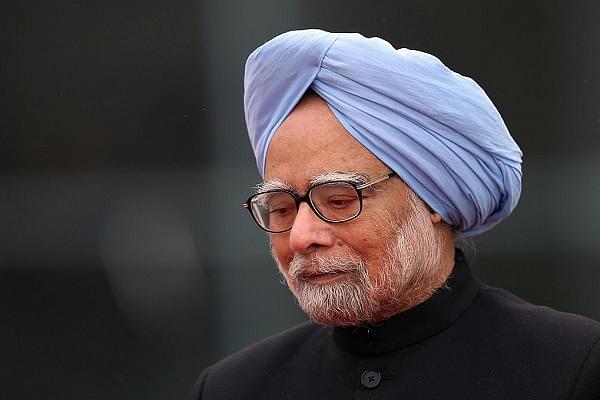 Former prime minister Manmohan Singh was today (23 August) sworn in as a member of the Rajya Sabha by the Upper House’s Chairman M Venkaiah Naidu, reports The New Indian Express.

Singh took the oath in Naidu’s chamber in the presence of senior Congress leaders like Sonia Gandhi, Rahul Gandhi, Ahmed Patel, Ghulam Nabi Azad and Anand Sharma. Also present for the occasion was Rajasthan Chief Minister Ashok Gehlot, as well as some leaders from the BJP.

Singh has been nominated to the Rajya Sabha from Rajasthan, with his election the House going through unchallenged as the BJP did not put its own candidate. Gehlot took to Twitter to congratulate him on becoming a member of the Upper House from Rajasthan.

“I congratulate former PM Dr #ManmohanSingh ji on being elected unopposed as a member of #RajyaSabha from #Rajasthan. Dr Singh’s election is a matter of pride for entire state. His vast knowledge and rich experience would benefit the people of Rajasthan a lot,” he tweeted.

Prior to this, he had served a member of the Rajya Sabha from Assam for almost three decades before retiring on 14 June this year.