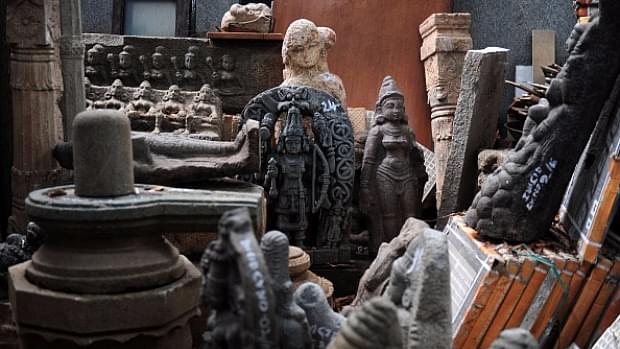 Idol Wing CID of the Tamil Nadu police arrested Marie Therese Anandi Vanina for storing stolen idols in her house, reports The Hindu. The suspect, an Indian-origin French woman was arrested on her arrival at the Chennai airport on Wednesday

The case pertains to 11 panchaloha idols worth several crores discovered in a house in Colas Nagar, Puducherry. The search was carried out based on the inputs of Pushparajan, a close aide of Deenadayalan, an illegal antique dealer in October 2016.

The idols belong to the Somanathesvara and Cholesvara temples in Melapadi village in Vellore, and were stolen 30 years ago. Lord Nataraja, Mahishasura Mardini, Somaskandar, Kalyanasundara, Lord Shiva, Parvathi and Amman were among the idols seized.