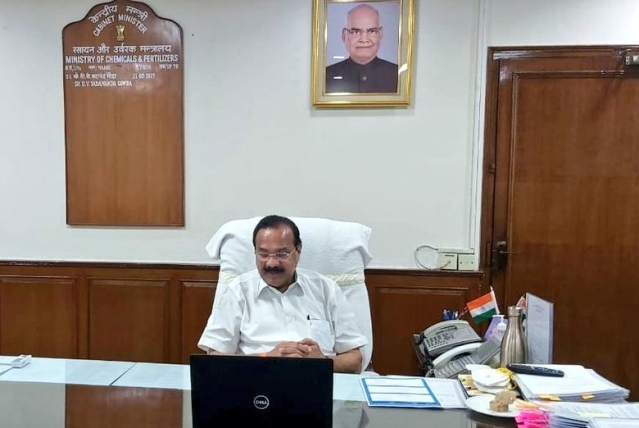 "It is matter of great pride for me and millions of Indians that from being a net importer, India has become second largest producer of PPE Kits in the world with daily production capacity surpassing more than 5 lakh per day," Gowda said while addressing a webinar organised by Invest India Pharma Bureau and Department of pharmaceuticals.

Similarly in case of ventilators, within a very short span of time, indigenous production capacity has increased to 3 lakh per annum, the minister said, according to a Ministry of Chemicals and fertilisers statement.

Gowda also lauded the contribution of Indian pharma industry during the testing time of COVID and expressed confidence that it will be among the first one to develop and supply low cost vaccines for this pandemic.

The minister also stressed on the need of development of indigenous capacity in medical devices as it has a crucial role to play in improving accessibility and affordability of healthcare.

He further said under the leadership of Prime Minister Narendra Modi, Department of Pharmaceuticals has taken several measures to create enabling environment for development of domestic capacity in pharma and medical device sector and has decided to support the development of three bulk drug parks and four medical devices parks across the country in coordination with state governments and private sector.

The objective is to make India self reliant in production of 53 critical APIs or Key Starting Materials (KSMs), and in production of medical devices, for which India is crucially dependent upon imports.

Gowda said that he is sure that these parks will be able to attract significant investment as well as latest technology.

It is expected that the schemes of Central government for development of bulk drug and medical device park will attract cumulative investment of Rs 78000 crore and can generate about 2.5 lakh employment, the statement said.