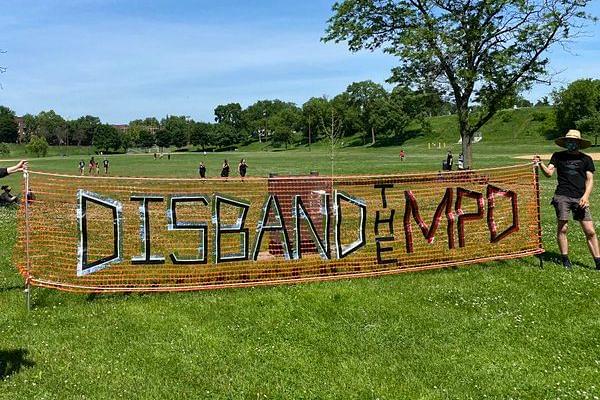 A majority of the members of the Minneapolis City Council said on Sunday (Jun 8) that they support disbanding the city’s police department, CNBC reported.

During a rally on Sunday afternoon attended by hundreds of people at the city’s Powderhorn Park calling for reforms to Minneapolis Police Department, at least nine out of thirteen Minneapolis City Council members announced their support to the plan to disband the city’s police department.

The city council president Lisa Bender tweeted on Thursday that they plan to dismantle the police department.

Yes. We are going to dismantle the Minneapolis Police Department and replace it with a transformative new model of public safety. https://t.co/FCfjoPy64k

Another council member Jeremiah Ellison promised that the council would “dismantle” the department.

Dismantling the city police department would require a referendum during the next election.

The city’s current charter requires the council to fund a police force proportionate to population, which comes out to about 723 officers based on recent estimates.

Minneapolis police department has faced several criticism over the years for nurturing what has been described as racist organisational culture.

On Saturday, activists for defunding the department staged a protest outside city Mayor Jacob Frey’s home.

âI do not support the full abolition of the police,â Mayor Jacob Frey of Minneapolis said when he was put on the spot at a rally on Saturday. With that, protesters yelled âGo home, Jacob, go home!â and âShame! Shame!â https://t.co/573TsGf4fW pic.twitter.com/NJF4hTErYm

“I have been coming to grips with my own responsibility, my own failure in this,” Frey said. When pressed on whether he supported their demands, Frey said: “I do not support the full abolition of the police department.”

The death of a black American George Floyd under controversial circumstances in Minneapolis has sparked world-wide outrage and violent protests. A white officer was seen pressing his knee into Floyd’s neck after the later was held for producing a counterfeit 20 $ note in a local store. Floyd died within minutes