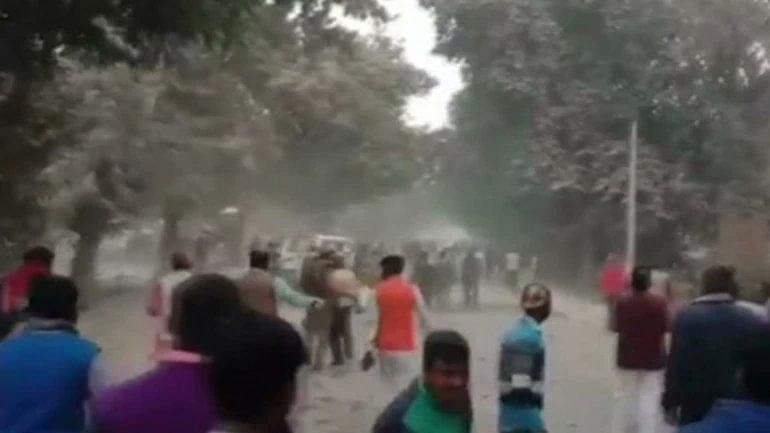 The mob in UP’s Ghazipur (@anantawasthi21/Twitter)

In a mob, police head constable Suresh Vats was killed amidst stone pelting in Nonhahara police station area of Ghazipur. The mob assembled hours after Prime Minister Narendra Modi concluded his rally in a neighbouring district.

The Nishad Party, which had earlier staged a protest demanding a specific ‘reservation,’ blocked the road nagging the release of four of their party workers, who had been arrested for the aforementioned protest.

Vats was rushed to hospital, where he passed away following his injury from a stone. The head constable was a native of Pratapgarh village and was posted at Karimuddinpur police station in Ghazipur. The four others, two police officers, and two civilians, injured are stable in condition.

Nine persons have been detained in connection with the constable’s death, and the police have recovered two cellphones through which it is identifying the persons who partook in the hooliganism.

Inspector-General of Police, Varanasi Range, Vijay Singh Meena, has emphasised that the PM’s rally had nothing to do with the death of the head constable.