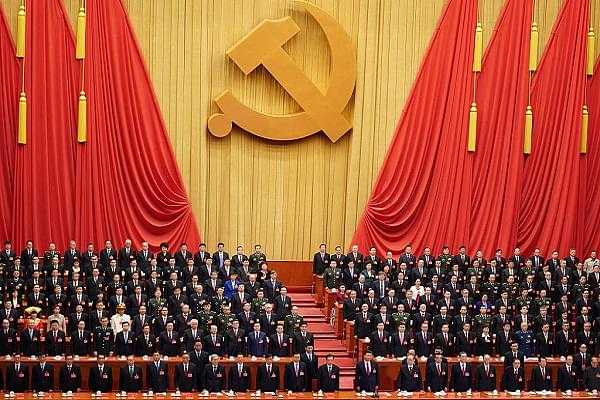 Great Hall of the People in China. (Lintao Zhang/Getty Images)

A recently released Pentagon report states that the Chinese state has utilised its investments in soft power outlets like media, foreign educational institutions, think tanks and tourism to influence global opinion in its favour.

The report titled “Assessment on United States Defence Implications of China’s Expanding Global Access” discusses at length the various ways, both military and non-military, in which China is seeking to establish its preeminence in the global arena.

Noting that China has made substantial investments in foreign language media over the past decade, the report states, ‘China’s expanding official media presence reflects a concerted effort on the part of its leadership to shape opinions about the country and promote China’s view on key topics. President Xi Jinping urged China Global Television Network, Xinhua’s international media service, to “tell the China story well” and “spread China’s voice.”’

The Pentagon report also spoke about how a Chinese state-owned entity used subsidiaries to mask its control over 33 radio stations in fourteen countries, including the United States. “These radio stations broadcast pro-China content but have not registered as agents of a foreign government under the Foreign Agents Registration Act (FARA).”

On the other hand, the communist country has used tourism as an economic tool to influence countries in order to promote its interests. It should be noted that outbound tourism from China has increased over the years and Chinese travellers form a sizeable revenue source for many tourism-focused Asian countries.

“For example, during the 2012 standoff between China and the Philippines over the Scarborough Reef in the South China Sea, China actively restricted tourism to the Philippines. Similarly, from 2016 to 2017, China backed tourism restrictions and public boycotts on South Korea following its deployment of a U.S. missile defence system,” the report added.

Also Read: Indian Bid To Supply Submarine Technology To Taiwan Receives A Strict ‘No’ From China