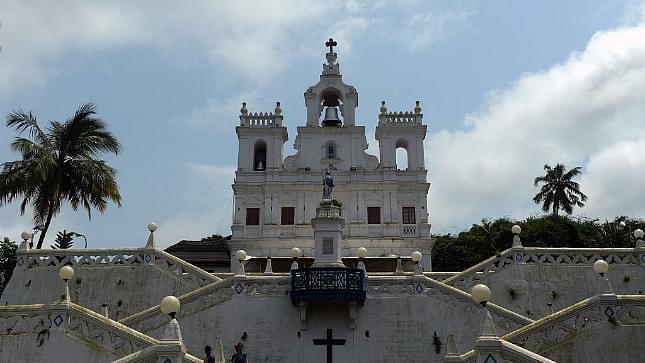 An article in a Goa church-run magazine has compared the National Democratic Alliance government led by the Bharatiya Janata Party (BJP) to Nazi Germany and called for the party's defeat in the bypoll next week.

The article, written by Panaji-based lawyer F E Noronha, appeared in “Renovacao”, a pastoral bulletin of the Archdiocese of Goa and Daman, and claims that a state of "constitutional holocaust" prevails in the country.

The article also urged Goa voters to vote against communal forces in order to halt the march of "nationwide fascism".

In January this year, the church in Goa also expressed its unhappiness with the ruling party’s push for digitalisation.

Roman Catholics account for around 26 per cent of the 1.5 million population of Goa, a former Portuguese colony. (ANI)