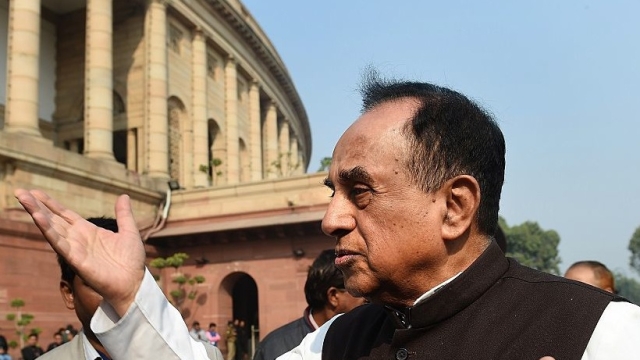 Bharatiya Janata Party (BJP) leader Subramanian Swamy on Wednesday mocked Congress vice-president Rahul Gandhi for accusing the BJP of stealing the mandate in Goa and said that the Gandhi scion has meagre knowledge of the Indian Constitution and advised him to read the document before making a noise about it.

"These people without studying the Constitution come up with such remarks. And of course Rahul Gandhi does not have much education, so he doesn't know the Constitution. Before making noise he should read the Constitution and tell which article has been violated," he added.

Rahul Gandhi yesterday attacked the BJP for polarising voters and using money power to form government in Goa and Manipur.

"The BJP won elections in UP, I'd like to congratulate them. Why they won, there are multiple reasons, one being polarisation. Democracy is being undermined by them using financial power and money," Gandhi said.