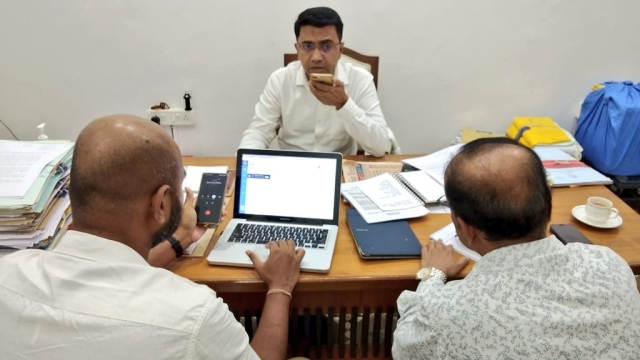 The Goa government has initiated a probe into how an elderly woman related to a politician was allowed entry into the state via road last week, without a mandatory test.

The woman, who was suffering from breathlessness on Thursday (4 June), was shifted from a private hospital to the Goa Medical College near Panaji, where she tested positive for Covid-19.

Before she was admitted to the hospital, she came in contact with several members of the Calangute village panchayat in North Goa, where her son-in-law is an elected member and also attended a public function, according to a state health department official.

The incident comes at a time when the state, which was Covid-19 free until the first week of May, has witnessed a severe spike in recent days with the official count of active Covid-19 cases reaching 109.

"It appears to be a case of human error but we are probing it," Sawant told reporters on Friday, when asked how the woman could have skipped the Covid-19 testing drill at the state''s borders which is mandatory for all persons entering the state.

According to state Health Secretary Nila Mohanan, efforts are on to contact all persons who met the woman after her return to Goa last week.