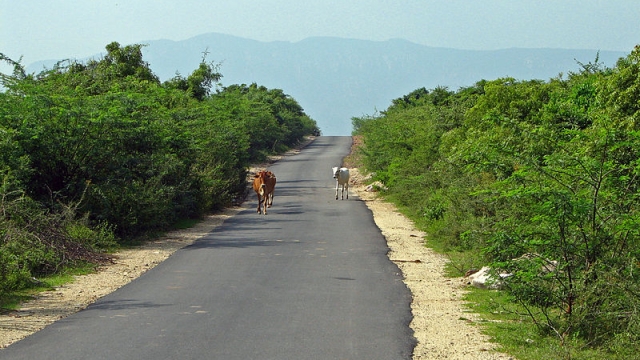 As many as 221 rural roads projects and bridges involving an expenditure of Rs 782.24 crore have been cleared by the Centre under the Pradhan Mantri Gram Sadak Yojana (PMGSY), a spokesman of the Himachal Pradesh Public Works Department (HP-PWD) said.

As per the revised funding pattern for Himalayan States, the projects would be funded in the ratio of 90:10 by the central and state governments.

The spokesman of the PWD said that the share of the Centre and the state would be 697.86 crore and Rs 84.37 crore.

The Centre has approved proposal for new connectivity, upgradation and bridges under the PMGSY for Himachal Pradesh, which will benefit 102 habitations by way or road connectivity, the spokesman said.

The approval includes 11 bridges at different locations in the state.

Ministry of Rural Development since inception of the scheme has sanctioned total of 17,774 kilometres (Km) roads for connecting 4,004 habitations at the cost of Rs 5,451 crore under the PMGSY inclusive of present shelf, he said. A rural road built under the PMGSY. Construction of rural roads has gathered pace in the last three years with about 12,000 km added to the targeted length of 57,000 km for the year 2017-18. The length in kilometres of rural roads constructed jumped from approximately 35,000 km in 2015-16 to more than 47,400 km in 2016-17. (PTI)