Government To Set Up 12 Special Courts To Fast-Track 1,581 Pending Criminal Cases Against Lawmakers 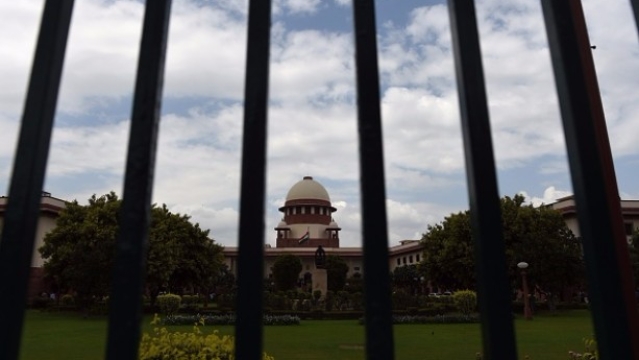 The government has told the Supreme Court that it would soon set up at least a dozen special courts across the country for fast-track hearing and disposal of criminal cases against 1,581 lawmakers, including parliamentarians and state legislators, Times of India has reported.

Lawmakers had declared these cases when they filed their nomination papers for the 2014 Lok Sabha polls and elections to eight state assemblies.

"Disposing of 1,581 criminal cases involving political persons within a time frame of one year as directed by SC is the aim as well as the objective of the scheme. It is proposed to set up a total of 12 special courts across the country in various states to decide such cases at an expenditure of Rs 7.80 crore. On December 8, Department of Expenditure in Ministry of Finance has given in-principle approval for the same," the government said in its affidavit filed in the Supreme Court.

The Supreme Court had in September asked the government to consider legislating on setting up of new fast-track courts to expedite criminal case trials against lawmakers. The apex court had noted that the Parliament had the competence to come up with a law and create the necessary infrastructure for setting up of such courts for speedy disposal of cases against lawmakers.

"With regard to MPs and MLAs, it falls under the domain of Parliament. It has the necessary competence to come up with law. Make law and create the necessary infrastructure," a bench of Justices J Chelameswar and S Abdul Nazeer had said.

The apex court had said that inadequate infrastructure in the courts was resulting in pendency and said that Parliament should pass laws and create fast-track courts for speedy disposal of such cases against the lawmakers.

The court's remarks came on a plea filed by an Non-Government Organisation, Lok Prahari, for creating a permanent mechanism to investigate candidates whose assets have grown disproportionately during their tenure as MLAs or MPs.