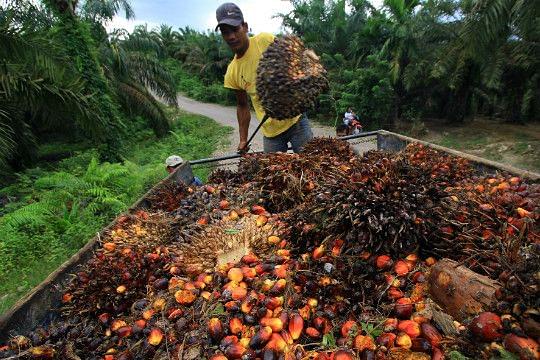 An Indonesian worker loads palm oil seeds into a cart.

The central government is targeting to ramp up the domestic production of palm oil by over three times to 11 lakh tonnes by 2025-26 in order to cut down the country’s import dependency of edible oils.

Apparently, the Union Cabinet headed by Prime Minister (PM) Narendra Modi has given its approval to the proposal for National Mission on Edible Oil-Oil Palm (NEMO-OP).

The north-eastern states along with the Andaman and Nicobar Islands will be particularly focused upon to expedite the production and cultivation of palm oil in India. This is because the weather conditions in these two regions would be conducive for this purpose, Economic Times reports.

As per the roadmap, the government will work towards shooting up the cultivation of oil palm to 10 lakh hectares and 16.7 lakh hectares by 2025-26 and 2029-30 respectively.

Farmers will be provided with certain financial assistance and the government will also draw out a formula price and the viability cost of the produce.

The government shelled out about Rs 80,000 crore to import a massive 133.5 lakh tonnes of edible oil in 2020-21. This necessitates the need for an initiative to significantly increase the indigenous production of the same.

“If the government aims to bring 10 lakh hectares under oil palm cultivation in the next five years, they must declare the oil palm as a plantation crop like rubber tea and coffee to attract investment. Also, the land suitable for oil palm cultivation should be exempted from land ceiling act. The government is going to earn Rs 40,000 crore as import duty from the import of edible oil this year. We have been suggesting that the government should give financial support of Rs 5,000 crore per annum for the next five years for Oilseeds and Oil Palm program to see tangible results,” said B V Mehta, executive director of Solvent Extractors Association (SEA) of India.