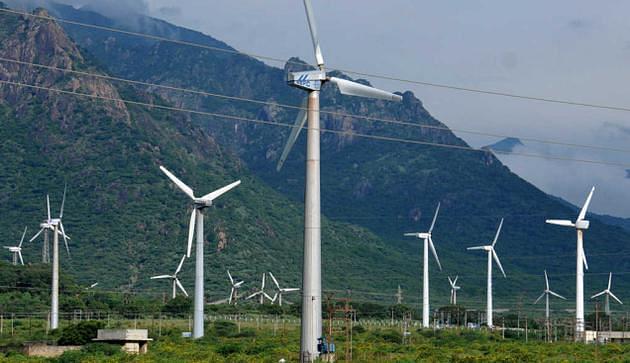 In a bid to move away from polluting sources of energy such as coal fired power plants, India has added over 14.3 gigawatts (GW) of renewable energy in less than three years of announcing its renewable energy programme. This includes 5.8 GW from solar power, 7.04 GW from wind power, 0.53 from small hydro power and 0.93 from bio-power.

India has embarked on the largest renewable capacity expansion programme in the world under the National Democratic Alliance (NDA) government and the Piyush Goyal-led Ministry of New and Renewable Energy (MNRE) has taken several steps to fructify the dream of clean energy.

India today ranks 4th in Global Wind Power Installed Capacity Index and also has the largest solar power plant in the world. According to the information shared by the Press Information Bureau, India has an estimated renewable energy potential of about 900 GW from commercially exploitable sources.

The government plans to achieve renewable energy target of 175 GW by the year 2022. Here are the targets set for next three years are:

India’s electricity demand is projected to more than triple by 2030. In the recently released national electricity plan, the Central Electricity Authority projected the need for 350-360 GW of total generation capacity by 2022. By pushing forward the growth in energy sectors such as wind, solar, geothermal and hydro-power, the country can significant reduce the shortfall with almost no environmental cost.