GST Will Be Axed If Congress Comes To Power In 2019: Rahul Gandhi Puts Forth A Regressive Agenda In MP 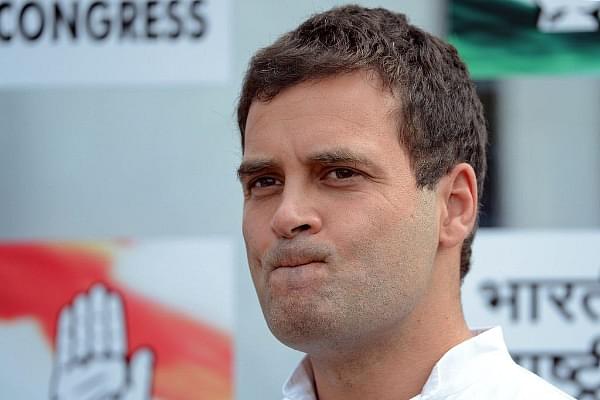 Rahul Gandhi announced that Goods and Services Tax (GST) would be removed if they were voted to power in 2019 Lok Sabha elections, Times of India has reported. He was speaking during his election campaign for Madhya Pradesh assembly polls at Bhopal. He also announced that farmers’ loans would be waived off not only in Madhya Pradesh, but in the entire country if they came to power.

The Congress president compared the Madhya Pradesh chief minister to Sachin Tendulkar and dubbed him as an “announcement making machine”, just like Sachin was a “run making machine”.

We don't make false promises. @sachin_rt was called as 'run-making machine', @ChouhanShivraj is called as 'Announcement-making machine'. He only announces schemes but delivers nothing, just like PM Modi: Congress President @RahulGandhi #CongressSankalpYatra

He also called the demonetisation exercise as the biggest scam which was aimed at stealing money from the poor. “With demonetisation, PM Modi stole money from people's pockets and filled the pockets of crony capitalists. It is the country's biggest scam”, Rahul Gandhi said.

With these announcements on GST and farm loan waivers, the Congress president risks the prospect of being seen as a regressive politician who is keen to pursue an economic agenda that could worsen ease of doing business and wreck the fiscal health of the country.