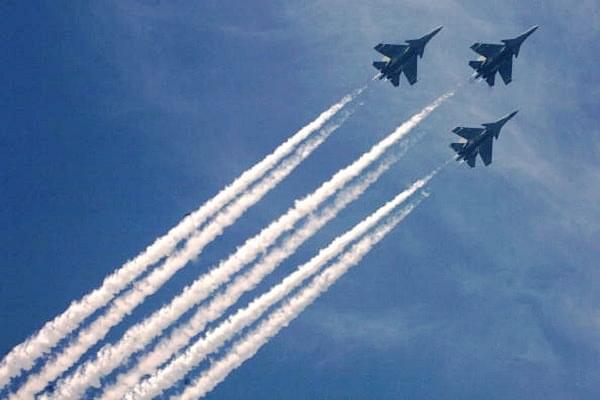 A unilateral proposal by Hindustan Aeronautics Limited (HAL) in February 2018 to supply a further 40 Su-MKI fighters to the Indian Air Force is now being seriously considered by the Centre, reports Livefist Defence.

The plan is being seen as a solution to kill two birds with stone; on the one hand it would considerably slow down IAF’s depleting squadron strength, and on the other it would also enable HAL to keep its production lines functioning for much longer and counter opposition’s claims that the company has been sidelined and neglected by the centre in favour of private players.

The current set of Su-30 MKI jets being produced by HAL are set to be delivered within this year and Defence Minister Nirmala Sitharaman announced in Parliament that several more orders were in the pipeline.

The IAF isn’t opposed to the idea of inducting 40 more Su-30 fighters but a section of the air force believes that it needs to to procuring more light fighters which are easier to service and more readily available. Another group believes that an equal number of Rafale jets should be bought instead of the Su-30s.

In another related development, HAL, which manufacturers Su-30s in India under a license, has finally developed self-sufficiency in all phases of AL-31FP engine in Koraput, Odisha which is used in the said fighter aircraft.