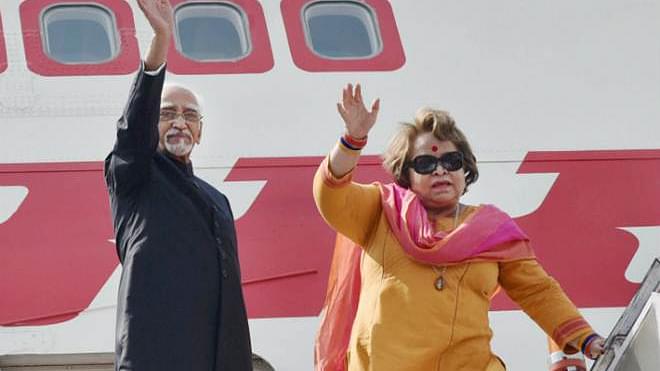 Salma Ansari with her husband and Vice-President Hamid Ansari.

Vice-President Hamid Ansari’s wife Salma Ansari has said that uttering ‘talaq’ thrice does not amount to divorce, that is all made up and there is no such rule in Quran.

Asking Muslim women to read the Quran thoroughly instead of depending on clerics, she said: “If you’ve read the Quran then you can find the solution there itself. There is no such rule in Quran. They have just made it up.”

She also advised them to read the Quran in Arabic and not read the translation. Salma Ansari’s said this amid a nationwide debate on the practice and the validity of triple talaq, ‘nikah halala’ and polygamy practices among Muslims challenged in the Supreme Court. The All India Muslim Personal Law Board has maintained the issues fell outside the realm of judiciary.

“Triple talaq is not an issue. There can be no talaq (divorce) just because someone utters talaq, talaq, talaq,” she said. She suggested Muslm women read the Quran, read Hadis. “Just see what Rasool had said.”

The top court had taken suo motu cognisance of the question whether Muslim women faced gender discrimination in the event of divorce or due to other marriages of their husband. The next hearing is scheduled for 11 May.