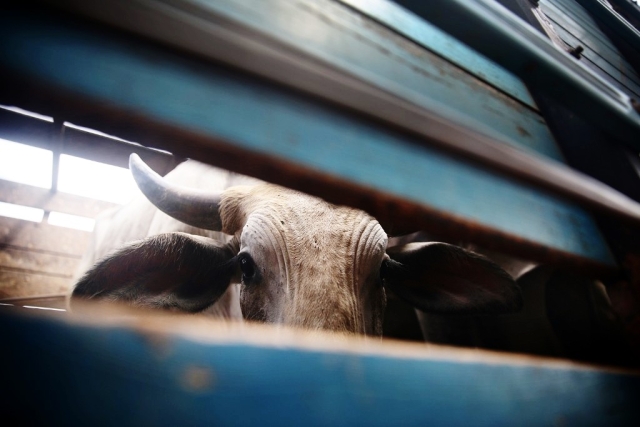 In a first such conviction under the Gauvansh Sanrakshan Act enacted by the Manohar Lal Khattar led Haryana governement in 2015, two persons were held guilty and awarded prison sentence by a court under sections of the cattle protection law in Palwal district of the state on Wednesday (20 February), The Tribune has reported.

Additional District and Sessions Judge Anubhav Sharma sentenced the two - Hakam and Riyaj - to five years in Jail. Along with the prison term, Hakam was fined Rs 1 lakh while Riyaj was asked to pay Rs 50,000.

The prosecution in the case argued that Hakam and Riyaj tried to flee after their pick-up van headed to Hapur, with 170 skins inside, was stopped by the police. However, they were apprehended by the cops. The police reportedly found “Skins with fresh (blood) stains and pieces of beef” in the vehicle.

According to the defence counsel, the recovered skins were hides and did not fall in the definition of ‘beef’ as spelled out under the Gauvansh Sanrakshan Act. Defence counsel argued that Hakam and Riyaj were only transporters carrying goods for another person and that there is no evidence of skins being procured by way of slaughter.

However, the court observed that there was evidence to establish that the skins were that of cow and were fresh. It said that the accused failed in proving that they were transporting the skins after receiving them from an authorised contractor.

Finally, the court held that prosecution had established beyond reasonable doubt that Hakim and Riyaj were guilty under sections 3 and 8 of the Gauvansh Sanrakshan Act.