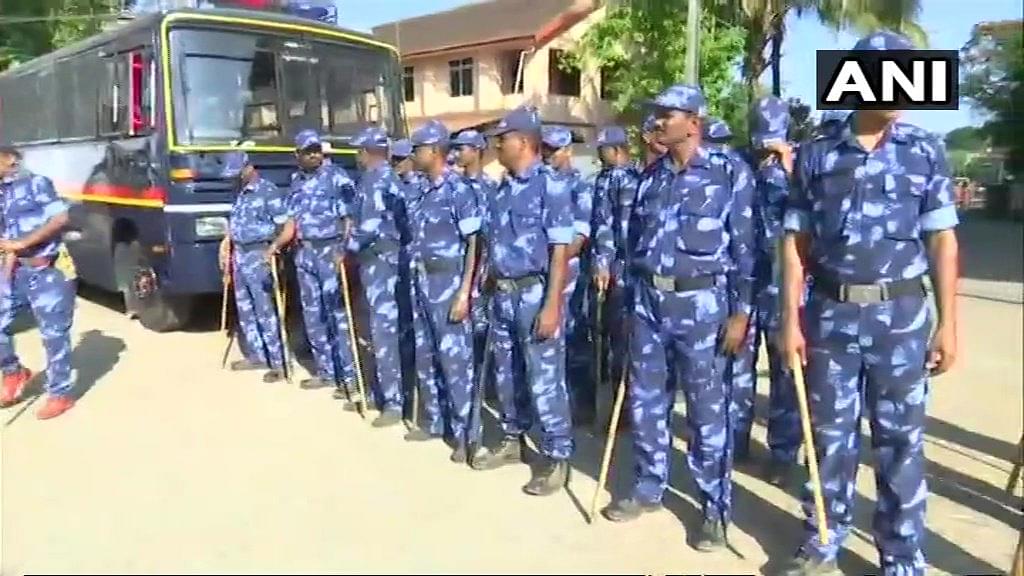 Security tightened in Madikere after BJP and Codava National Council call for shutdown of the district. (Image courtesy of Twitter.com/ANI)

Despite protests since the last four years, the Karnataka government has yet again decided to continue celebrating Tipu Jayanti this year. As a result of impending protests across the state, security has been beefed up in the sensitive areas of Hubballi-Dharwad, Kodagu and Dakshina Kannada.

High Court of Karnataka on Friday (November 9) refused to issue an interim stay order. Because of security issues, the government has now made up its mind about celebrating the Jayanti only indoors in an auditorium or a stadium and not in open places. Kodagu has turned into a fortress as scores of security personnel have arrived in the district and took many into custody.

As many as 75 vehicles have been deployed for continuous monitoring and patrolling of the district. This comes in addition to several other forces that have been called in. All the inter-district and inter-state check-posts are ensuring that vehicles are screened with 40 CCTV cameras keeping an eye on roads that connect Kodagu with districts such as Mysuru, Hassan, Dakshina Kannada, Kasaragod, Wayanad and Kannur.

Starting from 6 PM on Friday and ending at 6 PM on Sunday, prohibitory orders under section 144 and 144 (a) of the CrPC, Section 35 of Karnataka Police Act have been implemented in Kodagu, Deccan Chronicle reported.