Himachal: One Of World’s Longest Road Tunnels Under Rohtang Pass Connecting Lahaul To Open In June 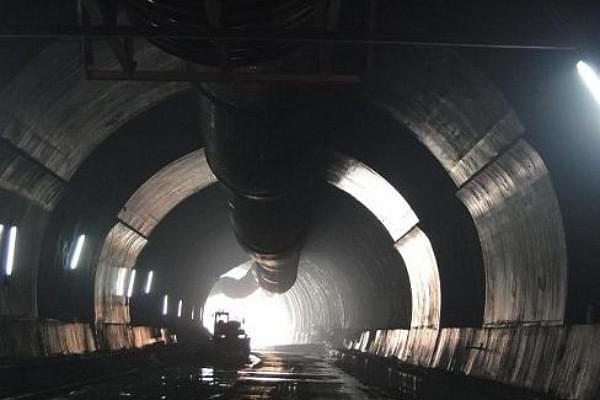 The Chief Minister said the state has been known for its rich tradition and cultural diversity. The winter carnival has been gaining popularity amongst foreign tourists too.

He said the popularity of this tourist destination and ease of accessibility made it a perfect venue for the carnival.

Thakur said a Rs 163 crore scheme would provide sewerage facilities to Manali town and its adjoining areas. The state was committed to promote this town as the 'favourite tourist destination'. Efforts would be made to create adequate infrastructure so that local and tourists could be facilitated.

The Chief Minister said it was heartening to know that over 153 'mahila mandals' and other NGOs of the area participated in the carnival.

While appreciating the spirit of the people, Thakur said Kullu district is not only a culturally rich district, but got a culture that is diverse and vibrant as well.

Remembering former Prime Minister late Atal Bihari Vajpayee, the Chief Minister said he had a special love and affection for the state and he had set up a home at Prini, near Manali.

He said the Atal tunnel would be completed by June-end and Prime Minister Narendra Modi would be dedicating it to the nation.

The 8.8-km long horseshoe shaped tunnel, the world's longest motorable tunnel 3,000 metres above sea level, is under the 3,978-metre Rohtang Pass in the Pir Panjal range. It is in the Solang Valley near Manali.

Upon completion, it will also be a boon for the cold deserts of Lahaul Valley, where over 20,000 people remain cut off from the rest of the country in winter owing to the closure of the Rohtang Pass.

Besides reducing road distance by approximately 46 km and saving travel time of five hours between Manali and Keylong, headquarters of Lahaul-Spiti, 3,000 vehicles can ply per day in the tunnel under any weather condition.