Hindu Priests In Telangana To Get Salaries At Par With Government Employees, Allowance For Rituals Also Increased 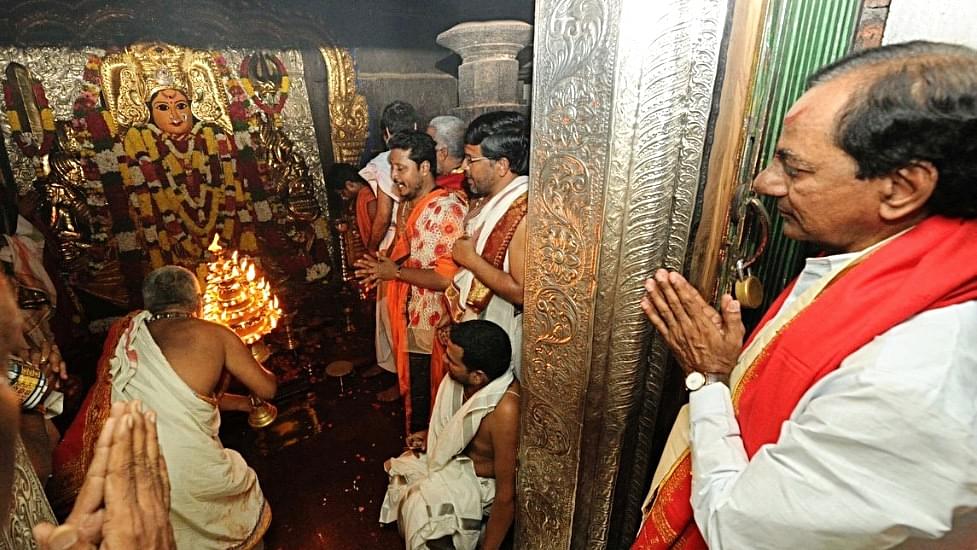 The Telangana government on Friday (24 August) announced that priests at Hindu temples in the state will be paid salaries at par with government employees and that the salaries will be paid from the treasury with effect from 1 September reports The News Minute.

Apart from priests ‘imams’ and ‘muezzins’ will get Rs 5,000 monthly remuneration from 1 September, benefiting nearly 9,000 of them. Earlier they were paid Rs 1,000 which was later increased to Rs 1,500. The retirement age had also been raised from 58 to 65.

The 'Archakas' who perform rituals at Hindu temples would now come under the Endowment Department purview.

The Dhoop Deep and Naivedyam programme, being implemented in 1,805 temples, will be extended to another 3,000 temples in the state and their funds will be increased from Rs 2,500 to Rs 6,000 said the chief minister.

KCR (K Chandrashekhar Rao), as the chief minister is popularly known, declared that government would supervise and monitor temple related issues. A Dharmika Parishad will be formed for that matter.