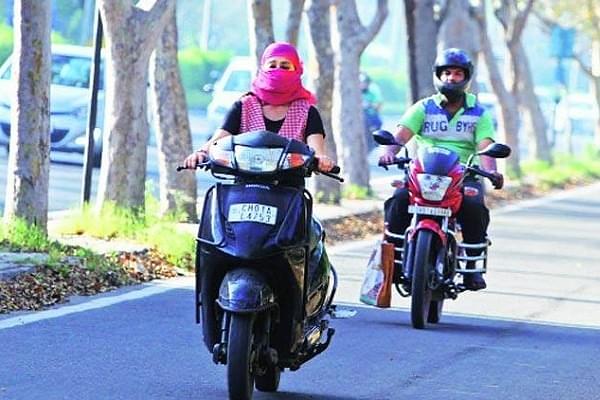 A representation of Sikh religious bodies had earlier met with the Home Minister and requested him to exempt Sikh women from wearing helmets because wearing any kind of cap or hat goes against the tenets of Sikhism. Sikh men are already exempted from the rule.

Chandigarh is a union territory and thus falls under the administrative control of the Home Ministry.

A Home Ministry official told the Hindu that the exemption was in accordance with a 1999 amended provision in Delhi which made it optional for women, whether riding pillion or driving motorcycles, to wear a protective headgear and was amended further on August 28, 2014 to replace word women with ‘Sikh women’.

Earlier on Thursday (11 October), leader of the Shiromani Akali Dal, Sukhbir Singh Badal, met with the home minister and requested him to withdraw the rule.

“We met the Home Minister, who assured us that the notification will be withdrawn. Women were forced to wear helmets… Everything is not about safety, certain religious sentiments are also involved,” Mr. Badal said.