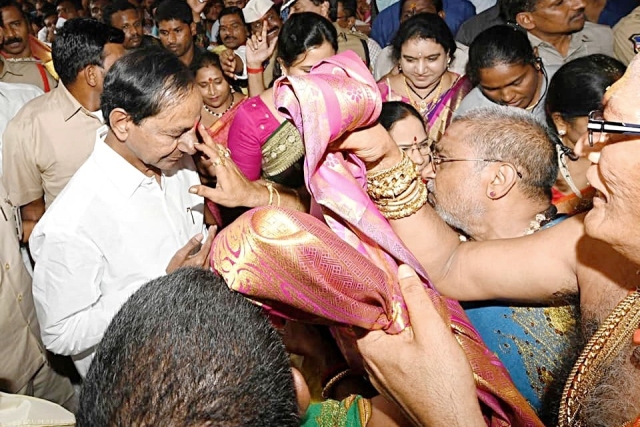 He was addressing the media a couple of hours after the cabinet meeting, which recommended dissolution of the assembly to pave way for early polls. Governor E S L Narasimhan accepted the recommendation.

K Chandrasekhar Rao popularly known as KCR announced the names at a news conference at TRS headquarters -Telangana Bhavan. He said only two sitting candidates were denied tickets and candidates for the remaining 14 constituencies will be announced soon.

The assembly’s dissolution has led to heated political movement in the state and national politics with talks of a possible TDP-Congress alliance in Telangana now doing the rounds. Congress is the principal opposition party in the state and KCR earlier termed Rahul Gandhi the ‘biggest buffoon’ in the country.