Hubballi Defeats Mysuru To Become Third Busiest Airport in Karnataka, Passengers Up By 1005 Per Cent Since 2017 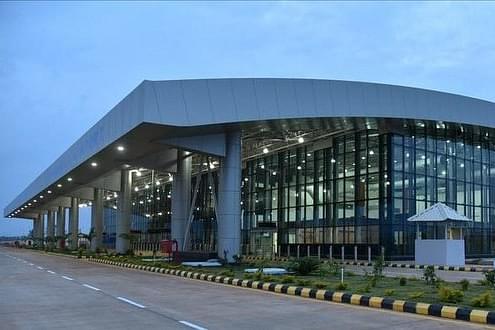 After international airports at Bengaluru and Mangaluru, Hubballi is the busiest airport in the Karnataka.

Between April and September, the airport has handled about 1.73 lakh passengers and 2,923 flights have took off/landed. As of now, Karnataka has six airports that are operational, them being the ones at Mangaluru, Bengaluru, Hubballi, Belagavi, Mysuru and Vijayanagara.

When compared to 2017, the passenger movement from Hubballi airport has shot up by 1005 per cent. It was expected that Mysuru airport will do well because of the Dasara celebrations, but Hubballi took everyone by surprise. This is also mainly due to the revamped infrastructure at Hubballi airport.

On a daily basis, the airport handles 11 flights and 22 movements. It goes a notch up higher on Wednesdays with 13 flights and 26 movements. The flights observe an occupancy rate of 85 per cent and above, Deccan Herald reported.

Flights to the national capital are yet to be started. Once New Delhi is on the list, the number of passengers will further increase as a result of it. Deccan Herald quoted Director of Hubballi Airport S K Ahliya as saying, “We are hopeful that the Star Airways will start the service at the earliest. So far we have not received any information regarding this.”