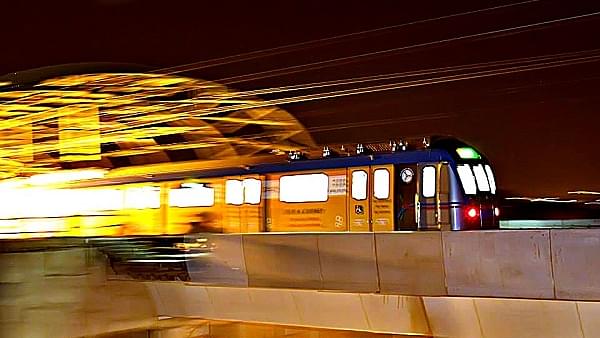 The Hyderabad Metro Rail (HMR) is planning to extend metro services until Raidurg by August this year, the Rail Analysis India reports. The extension would make Hyderabad Metro, the second largest Metro in India after Delhi Metro.

Currently, the metro rail services are being operated till Hitech City. The 10-km stretch between Ameerpet and Hitech City was inaugurated on 20 March. On average 14,000 passengers ply on this route during peak hours from 9 am to 11 am.

To better the commuter convenience, HMR has introduced additional trains on the Ameerpet-Hitech City route. The additional train will run until the facility at Hitec City station, near Cyber Towers and Hotel Trident is completed.

According to the data from HMR, passenger traffic is increasing steadily on the Ameerpet-Hitech City route, which operates under the ‘twin single line method’. On average, 2.75 lakh passengers are travelling during weekdays on all the routes.