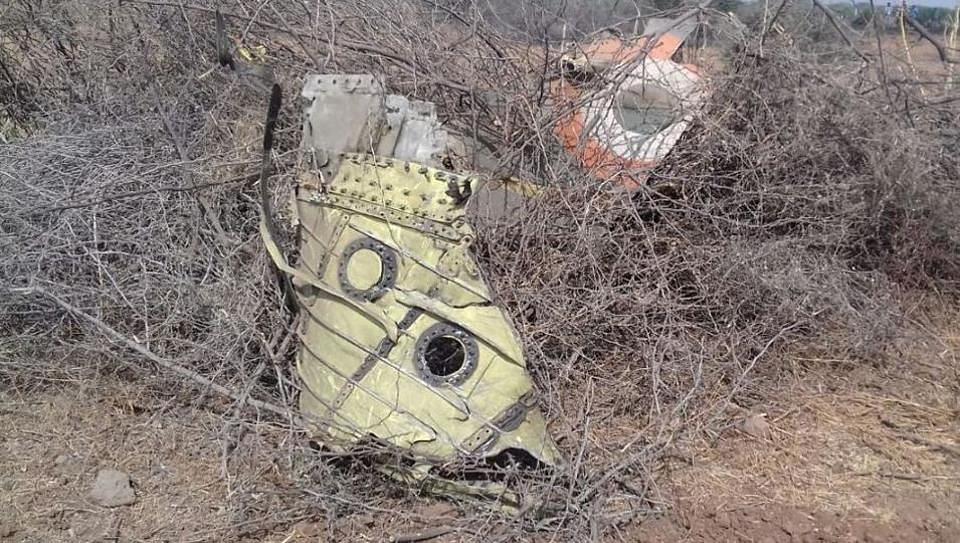 The remains of the crashed fighter jet (ANI/Twitter)

An Indian Air Force (IAF) Jaguar fighter jet crashed immediately after take-off from the Jamnagar airbase in Gujarat on Tuesday. The pilot has been confirmed dead, according to a PTI report.

Official sources are believed to have said that the aircraft was on a routine sortie and crashed around 10.30 am. The pilot who died has been identified as Air Commodore Sanjay Chauhan.

A Court of Inquiry has been ordered into the incident.

The plane crashed near Bareja village, said an official in Gujarat. The aircraft’s debris were strewn far and wide on the outskirts of the village, local people said.

The Jaguar’s used by the IAF are four decades old and this crash follows a slew of other IAF aircraft crashes, as reported by Economic Times. One of IAF’s Cheetah helicopters, too crashed a fortnight ago while on a routine sortie in J&K.