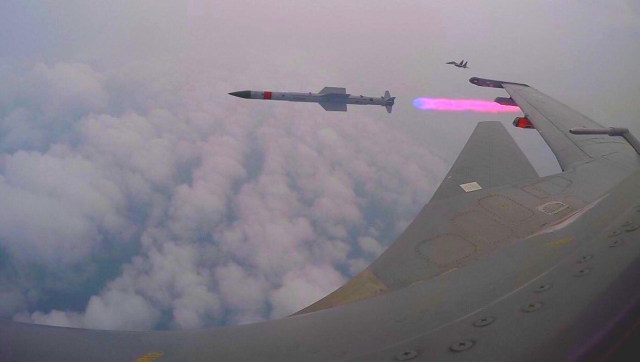 The 110 km range of Astra counteracts Pakistan’s edge over India in air-to-air weaponry. This reportedly came into light during the two air forces’ confrontation after India’s strikes at the Balakot terror camp. The Pakistan Air Force (PAF) had deployed AIM-120 AMRAAM with a range of 110 km. The maximum India managed to counter that was through the R-77 which has an 80 km range.

The IAF can engage in “both short-range targets at a distance of 20 km and long-range targets up to a distance of 80-110 km,” said an IAF spokesperson. Astra has a mid-course internal guidance with terminal active radar homing and is also the country’s first indigenous air-to-air missile.