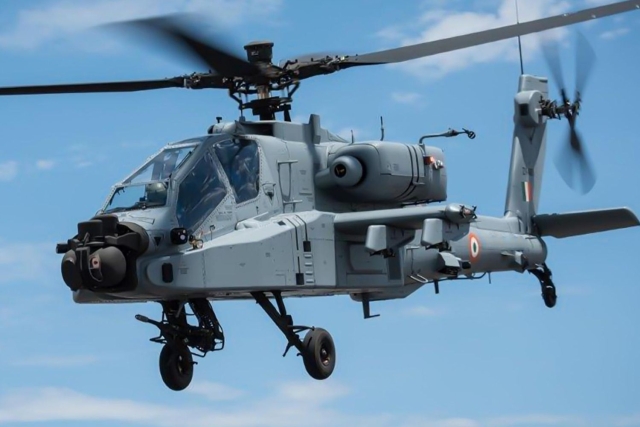 An Indian Air Force (IAF) apache helicopter made an emergency landing on Friday on a field in Punjab's Hoshiarpur. The helicopter took off from Pathankot base earlier but due to some technical glitch, it landed in the Budhwar village fields.

"On April 17, an Apache helicopter of the IAF got airborne from Pathankot airbase. The helicopter, after approx 1 hour of flying had indications of a critical failure and carried out a safe landing in Punjab," IAF said in a statement.

The force said the captain of the aircraft took correct and prompt actions to recover the helicopter safely. "All crew onboard the helicopter are safe and there has been no damage to any property," said IAF adding that the aircraft would be recovered after necessary rectification.

On Thursday too, an IAF helicopter made an emergency landing on an expressway in Uttar Pradesh's Baghpat while it was on its way to supplying COVID 19 test samples of Leh to Chandigarh.

The IAF Cheetah chopper made an emergency landing on the Eastern Peripheral Expressway in Baghpat district. The IAF clarified that the actions taken by the pilots were prompt and correct. "No damage to any property has been reported," IAF stated.

The IAF aircraft have been pressed into services in the fight against the spread of novel Coronavirus in India.