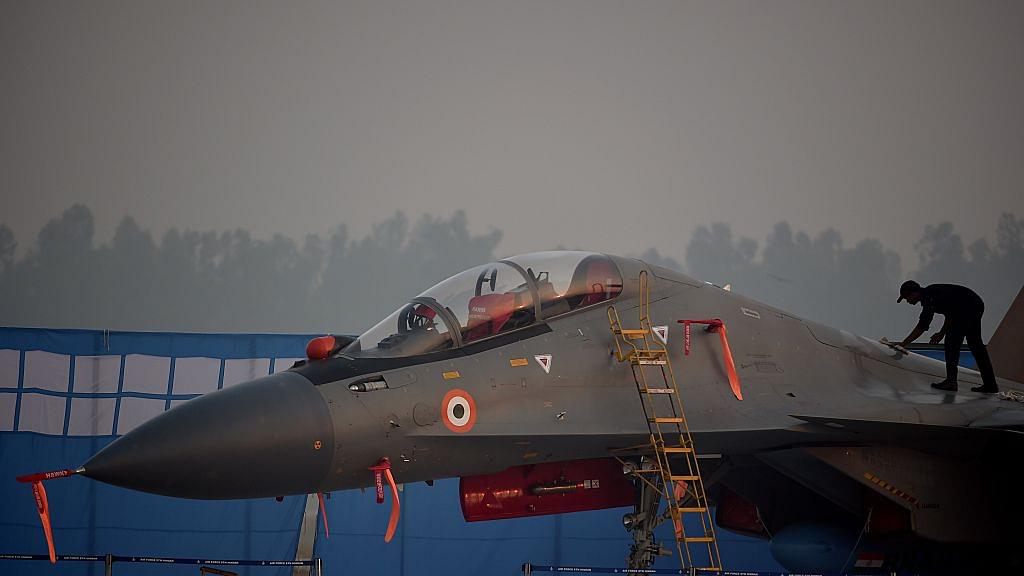 Sukhoi Su-30MKI at the Hindon Air Force Base ( Photo By: MONEY SHARMA/AFP/Getty Images)

Expressing his joy after flying the Su-30 MKI air superiority fighter jet of the Indian Air Force, a French Air Force pilot took a sneak peek into one of India’s most advanced Warcraft during the Garuda VI Indo-French joint air exercise, reports RT.

The French pilot rode the Indian aircraft during a familiarisation flight in the first week of this year’s Garuda exercise that is being held between 1 July and 12 July.

The pilot even took a midflight selfie from the cockpit of the twin-seater flight. “Great Aircraft!”, exclaimed an unofficial French fighter squad account in its Tweet. As part of the exchange, Squadron Ldr Sourabh Ambure flew a French Rafale.

The two-week joint exercise is held at the Mont-de-Marsan Air Base in southwestern France. The French and Indian pilots were on a mission to enhance their interoperability through simulated air defence and ground attack missions.

India has deployed four Su-30MKIs and an Ilyushin IL-78 flight refuelling aircraft as well as 120 pilots and airmen to take part in the exercise.