ICC Appoints India-Born Manu Sawhney As Its New CEO; He Will Take Control After World Cup 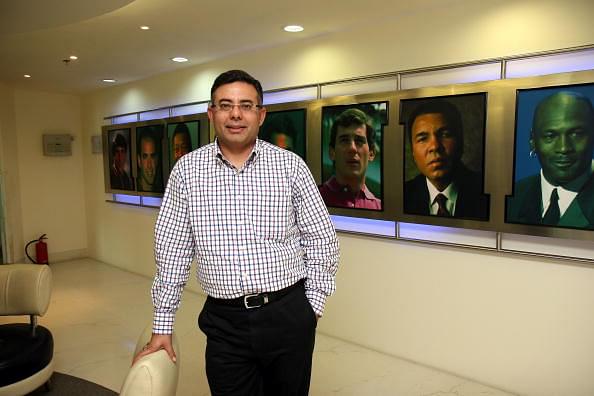 India-born Manu Sawhney has been appointed by the International Cricket Council (ICC) as their new Chief Executive Officer (CEO) on Tuesday (15 January), the Times of India reports.

ICC, in a statement, said Manu Sawhney would join the organisation in the next month before formally replacing current CEO David Richardson, once his tenure ends after the upcoming ICC Cricket World Cup 2019 in England.

An alumnus of Birla Institute of Technology and Science and Indian Institute of Foreign Trade, Manu was previously MD of ESPN Star Sports, CEO of Singapore Sports Hub, an Independent Director and Audit Committee member at Manchester United.

The international cricketing board announced the appointment of Sawhney after a global search led by chairman of the apex body, Shashank Manohar, and the Nomination Committee.

Manohar said, "He brings 22 years of outstanding commercial experience to the ICC and will lead the delivery of our new global growth strategy for the game...Manu stood out as the man to work with our members and take cricket forward."

Speaking about his work experience, Manohar said, "He has proven success in a number of leadership roles in both sport and broadcasting. He is a strategic thinker and understands the cricket landscape and its complexities. The decision of the Nominations Committee to recommend Manu to the Board was a unanimous one...".

Sawhney had previously led a global broadcast partnership deal with the ICC between 2007 and 2015. "It is a great privilege and responsibility to serve the global cricket community as CEO of the ICC”, Manohar said.

Sawhney will be working alongside current CEO Richardson until the end of the World Cup to ensure a smooth transition of leadership before taking over in July.