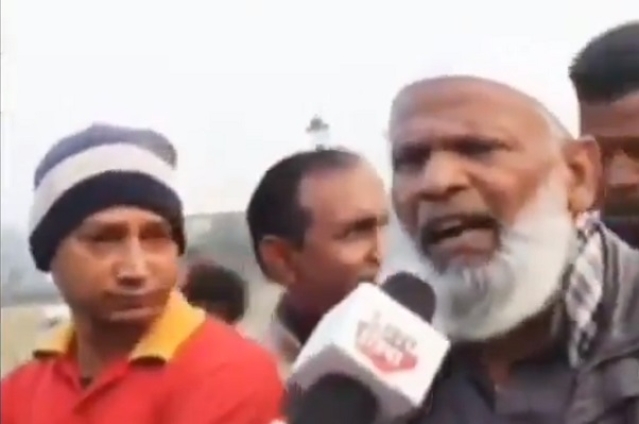 Picture via Image grab of the video

Amid numerous protests going on in the country against Citizenship Amendment Act, a video has gone viral of an old Muslim man who claims that if Muslims from Pakistan become Indian citizen then there is no point of partition.

He further adds that Muslims are misguided and hence taking part in the protest. He clarifies that it is not the mistake of Muslims youths, rather of the leaders who are provoking and misguiding them and asking them to participate in the protests.