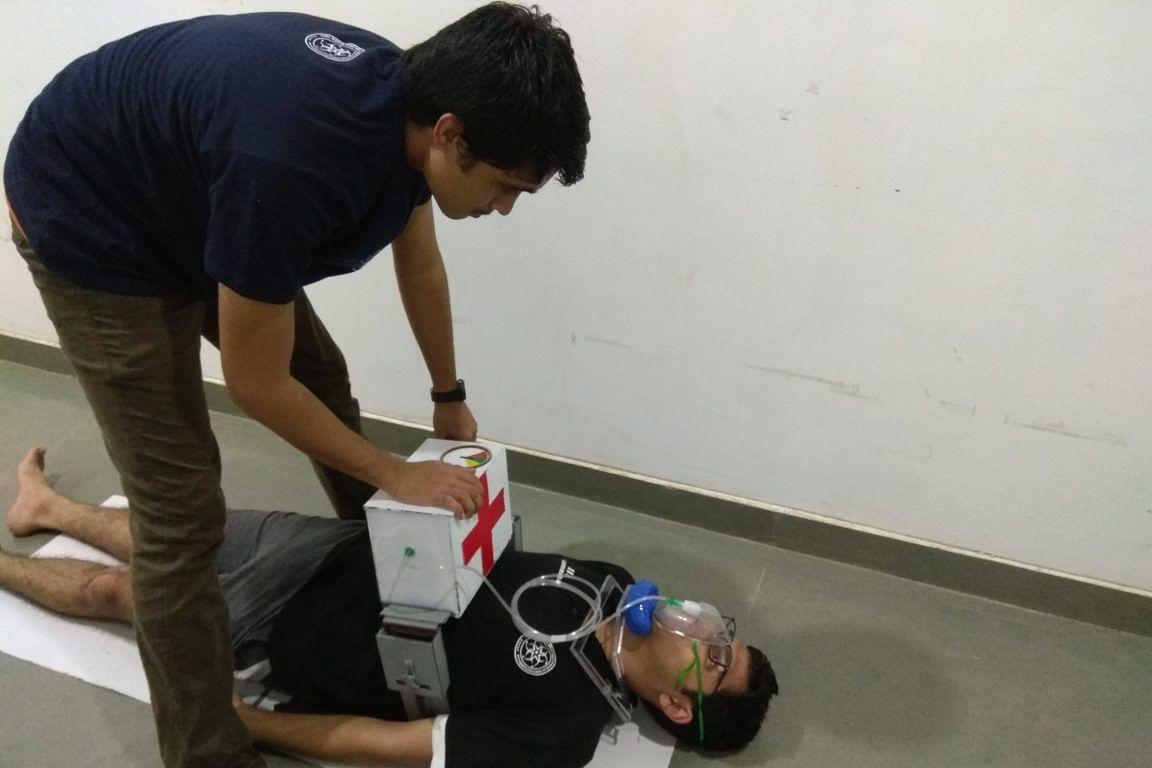 If the portable CPR is commercialised, it would not cost over Rs 10,000, compared to regular CPRs in hospitals, which are priced over four lakhs. (image via the Better India)

CPR is an emergency procedure that combines chest compressions often with artificial ventilation to preserve intact brain function until further measures are taken to restore blood circulation and to breathe in a person suffering from cardiac arrest.

The device weighs less than one kg and is the size of a laptop. It is simple to use and requires rotating the handle or switching on a small electric motor. Kratika and Karthik developed the portable CPR under the ‘Invent@IITGN’ programme,

The device holds significance as it was built in a budget of Rs 6,000 with the help of 3D printers cardboard-like material. If the portable CPR is commercialised, it would not cost over Rs 10,000, compared to regular CPRs in hospitals, which are priced over four lakhs.

The inventors believe the cost-effective CPR device would be a boon for cardiac patients in public places. Kratika and Karthik won a sum of Rs 1 lakh and are waiting for the results of the provisional patent application they had filed.