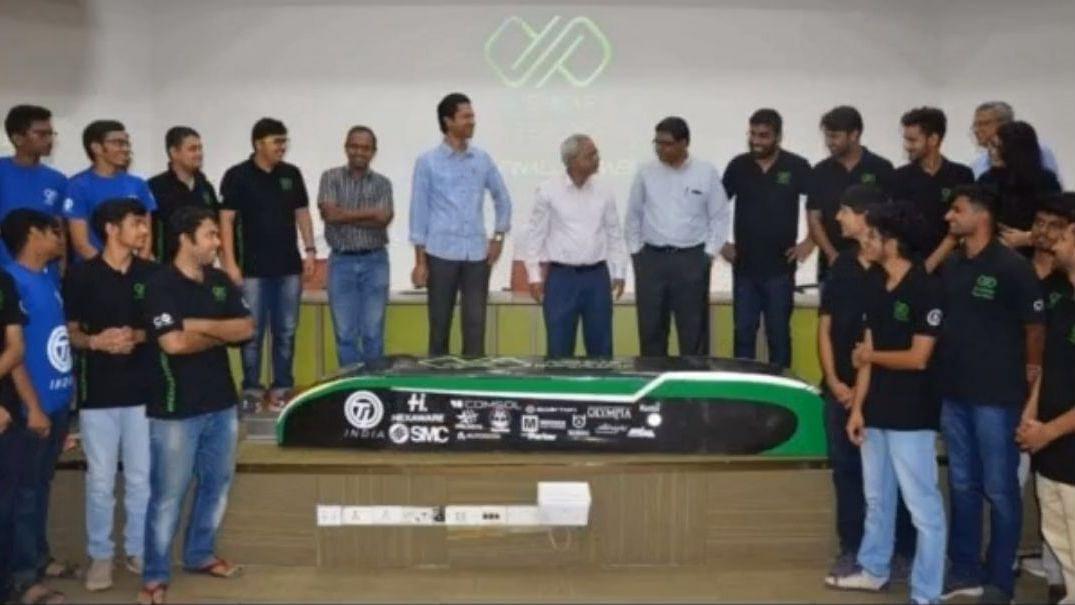 The team is visualising to develop technologies for a future mode of high-speed transportation, which could be applied in various sectors of defence, logistics among others. (image via @iitmhyperloop/facebook)

The student team from the IIT Madras’ Centre For Innovation is working on an indigenous design and development for building the first-ever self-propelled autonomous Hyperloop pod in the country.

The Avishkar Hyperloop team is in the top 21 teams of the 1,600+ teams which participated globally. It is the only Asian team to participated in the finals organised by American aerospace maker and space transportation company SpaceX.

Further, the team is visualising to develop technologies for a future mode of high-speed transportation, which could be applied in various sectors of defence, logistics among others.

Hyperloop is considered as the fifth mode of transportation. It is a high-speed train travelling in a near-vacuum tube at speeds over 1,000 km/h. The pod developed by the team is about three meters long in length and weighs around 120 kgs. It uses electric propulsion to employ BLDC motors and a wheel drive.

Elon Musk’s Space X organises the competition to fasten the development of a functional prototype and encourage student innovation.