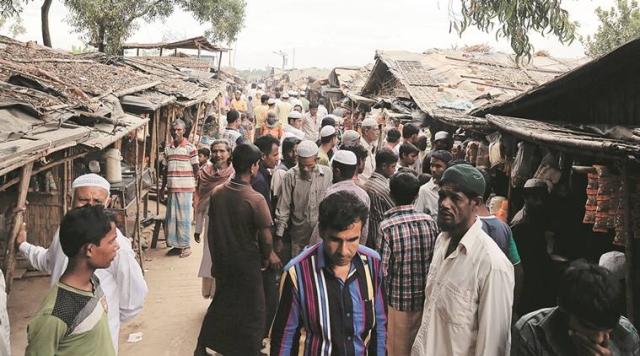 Rohingya Muslims from Myanmar, who are living illegally in Jammu and Samba districts of the Jammu and Kashmir (J&K) state, have managed to buy land in these cities by fraudulently obtaining Permanent Residence Certificates (PRC), Aadhaar cards, voters identity cards and ration cards, The Tribune has reported.

According to the report, a Myanmar national named Sayed Hussain, who currently resides in the Belicharana area of Jammu city, has bought state land and has also managed to get a ration card, Aadhaar card, voter identity card and PRC through fraudulent means. He has raised a residential house with two shops in the city’s Rakh Raipur area on land provided by Jammu Development Authority.

The report states that this was not an isolated case and a large number of Rohingyas have managed to get official documents. Unlike other Indian states, one needs PRC to purchase land in J&K and get government jobs.

According to the state government, around 5,743 Rohingya Muslims from Myanmar are living illegally in the state. Around 4,912 Rohingyas have the United Nations High Commissioner for Refugees cards.

According to The Tribune, intelligence agencies have asked the local authorities to keep a strict vigil on the Rohingyas as they are easy targets for Pakistan-based Lashkar-e-Taiba and other outfits. These terror groups are continuously trying to radicalise and exploit them for carrying out terror attacks in India, Myanmar and Bangladesh.