IMF Stalls Visit Of Mission To Pakistan; Wants Islamabad To Furnish Details Of All Dealings With China 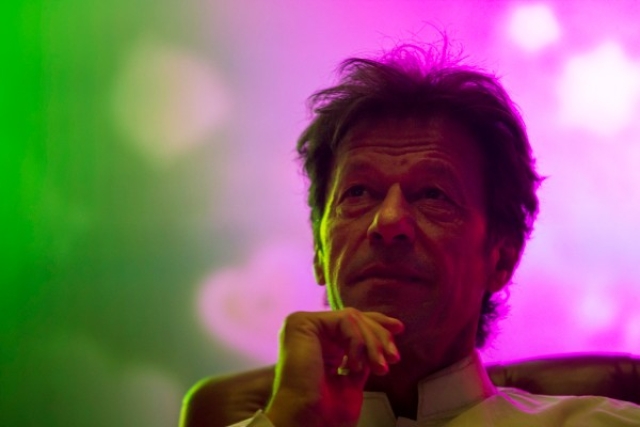 Should the IMF let Pakistan’s economy fall apart by declining a bailout? Or should it give the new Khan government a fair shot at reforms? (Daniel Berehulak/Getty Images)

International Monetary Fund (IMF) has demanded details of the $6.5 billion commercial loan Pakistan has received from China in the past two years, reports The Hindu. Pakistan is in talks with the IMF negotiating a deal to bail it out of the financial woes the country is facing.

Pakistan is currently having one of its worst financial troubles in recent times, as the country’s GDP plunges to 4.8 per cent lower than that of Nepal (5.5 per cent). The country has devalued its currency five times since 2016 weakening to 26 per cent against the dollar.

Its foreign reserves stand at $8 billion enough to cover two months of imports, its CAD (Current Account Deficit) is likely to reach $16 - $18 billion a two-fold jump from $7.9 billion from the first half of the current fiscal year. The CAD forecast for 2019 stands at negative 5 per cent.

IMF and Pakistan have been in intense negotiations to reach an agreement where the UN finance arm can sanction a bailout plan and rescue the country from falling deeper into trouble,

The size of the bailout package and the duration of the assistance is dependent on the outcome of the talks. Finance Minister Asad Umar said after concluding the meeting in Washington on Sunday (14 April 2019) said: “the two sides had more or less, reached an understanding on the bailout package and in a day or two, we hope to reach a full agreement.”

However, according to other sources the World Bank Group has postponed its visit to Islamabad till May and has demanded full disclosure of all transactions between China and Pakistan including assistance related to infrastructure development, defence assistance and joint manufacturing of JF-17 thunder jets, procurement of submarines and setting up of nuclear power plants.