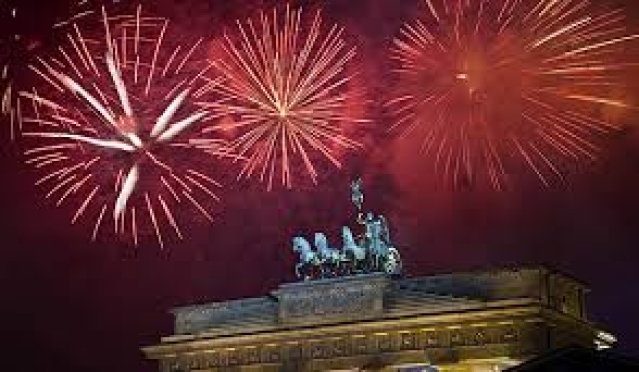 In a bid to prevent the surge of coronavirus cases, Germany is set to ban New Year eve’s fireworks display at public place.

The 16 leaders of the country’s federal states will today unveil (Nov 25) a set of regulations for festival season under which public display of fireworks will be prohibited. The move has been prompted by fears that the country’s health system, currently struggling to battle the coronavirus pandemic, will be overwhelmed.

Private individuals in Germany are legally permitted to buy fireworks only during New Year season. The sale usually commences three days before New Year’s Eve. Millions of Germans across the country participate in festivities by bursting firecrackers from private balconies.

The debate over whether fireworks should be banned divided the nation, with several ministers like Michael Kuffer (CSU) and the State Minister for Internal Affairs in North Rhine-Westphalia, Herbert Ruel (CSU), speaking out against the use of fireworks.

The SPD-led states proposed a blanket ban on fireworks in a bid to ease the pressure on emergency services and police, and avoid large groups on the streets. The police union also previously called for a ban. However a compromised was reached to permit private fireworks

The states have, therefore, stopped short of calling for a general ban and instead want to ban fireworks in crowded public places and streets to avoid large group formations.

The public display of firework is said to be leading to a large number of injuries and a significant number of people needing surgery.

According to a report in The Berlin Spectator, the non-governmental agency Environmental Action Germany has called for a ban on private fireworks claiming that it would help decrease air pollution and prevent respiratory issues. The Green party in Berlin has expressed similar views saying that the fact that hospitals in the German capital already are struggling to deal with coronavirus.

The firework ban after the local governments decided to halt Germany’s popular Christmas markets, which normally attracts hundreds of thousands of tourists from November onwards.

Germany has recorded a total of 953,772 confirmed cases of coronavirus since the outbreak began, as well as 14,513 deaths.