In A Snub To Beijing, Bangladesh Blacklists Chinese Infra Firm On Pretext Of ‘Bribing Officials’ 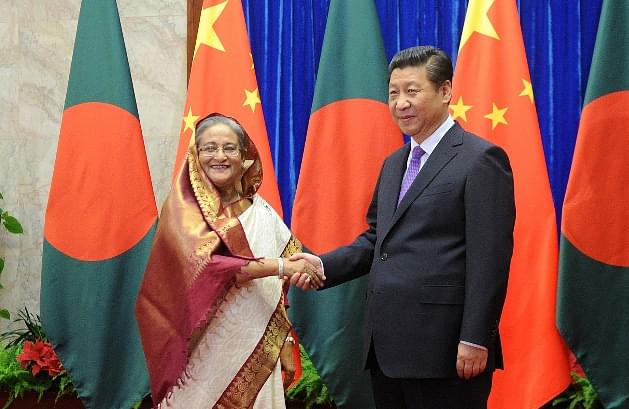 China’s geopolitical aims in South Asia have seemingly suffered a major blow in Bangladesh, where the China Harbour and Engineering Company (CHEC) has been blacklisted by the Bangladesh government for trying to bribe a local official, as reported by the Economic Times.

CHEC was awarded the contract for the widening of the 226-km-long Dhaka-Sylhet highway into four lanes with Chinese funding, but the company has been blacklisted after it came to light that it had bribed senior bureaucrats to get the contract.

By some accounts, however, the move was aimed at snubbing Beijing for trying to change goalposts in the commercial negotiations.

CHEC has earlier been involved in several important projects in Gwadar in Pakistan and Hambantota in Sri Lanka. However, it can no longer work in Bangladesh. The country’s government has decided to complete the project on its own. Bangladesh finance minister Abul Maal Abdul Muhith had said, "A blacklist is a blacklist".

The project was part of a $21.5 billion soft loan package sanctioned during Chinese premier Xi Jinping’s visit to Bangladesh in 2016. However, the exact mechanism of project implementation hadn’t been decided, leading to complexities.

The issue, however, points to the general trend of smaller nations feeling pressurised after receiving Chinese loans, which come with a set of conditions set by the Chinese government. Sri Lanka had faced similar pressure when it was forced to give up control of its Hambantota port to a Chinese firm to manage the debt from the Chinese loans. Similar issues have cropped up in Pakistan too, where Beijing is financing the mega $55 billion China-Pakistan Economic Project.

The Chinese government has declined to comment on the issue.