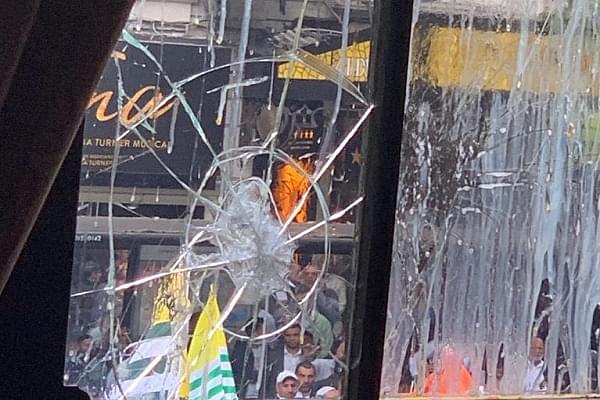 Members of the Indian diaspora in the United Kingdom turned up in sizeable numbers as part of a cleaning effort outside the Indian High Commission in London. The area was left littered and dirty after hundreds of Pakistani origin protesters showed up and became unruly and aggressive.

Windows of the high commission were also vandalised in the incident on 3 September (Tuesday), with projectiles being thrown at them by the Pakistani protesters who had turned out to demonstrate in connection with the Kashmir issue.

Thankfully, the Indian community’s initiative to respond to the incident by coming together as one has helped undo some of the damage.

This is however not the only orchestrated Pakistani protest abroad against India; in recent weeks the Pakistani establishment has helped organise anti-India protests in places as far away as Paris and Seoul and Indians near those protest sites face abuse and threats from the Pakistani side.