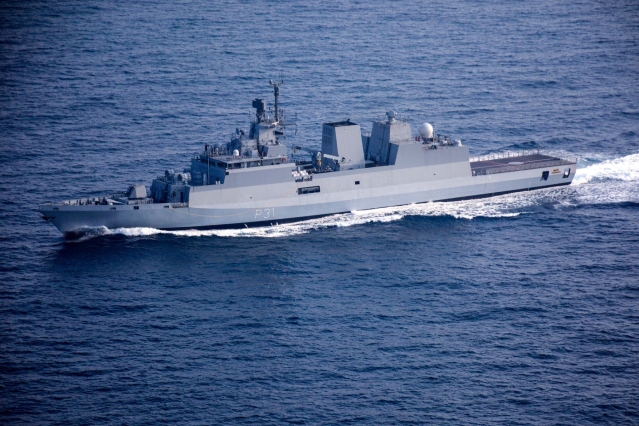 Amid tensions with China in eastern Ladakh, the Indian Navy is inducting an anti-submarine warship INS Kavaratti at the Naval Dockyard in Visakhapatnam.

The new Indian Navy vessel is the last of the four indigenously-built Project 28 stealth corvettes built indigenously by India.

The ship has a carbon composite superstructure and displaces 3,300 tonnes.

The warships of this class were designed by the Indian Navy’s in-house organisation, the Directorate of Naval Design or DNS.

INS Kamorta, the first warship of this class, was delivered to the Indian Navy in July 2014. INS Kadmatt and INS Kiltan, the second and the third warships of this class, were delivered in November 2015 and October 2017 respectively.

Kavaratti has completed sea trials with the Indian Navy.

It is named after Kavaratti, the town that serves as the capital of the Union Territory of Lakshadweep, an island chain in the Indian Ocean.