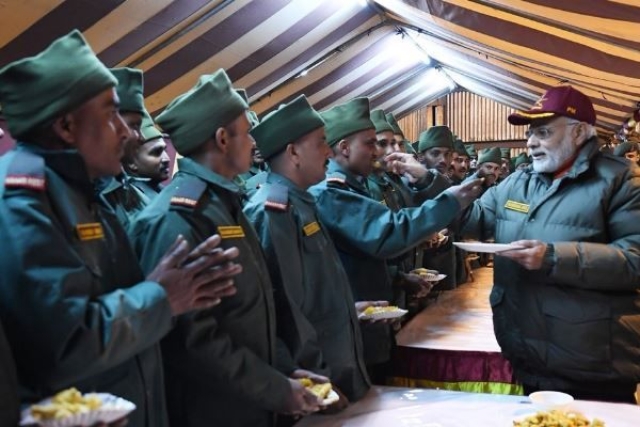 Prime Minister Narendra Modi has maintained the practice of celebrating Deepavali with Army Jawans this year as well. He spent Diwali with Indo-Tibet Border Police (ITBP) this year.

He tweeted, “India is immensely proud of all those who protect our nation, with utmost dedication and courage. We salute them!” on his Twitter account.

Further, he added, “ While interacting with Army and ITBP Jawans in Harsil, spoke about the numerous steps being taken by the Government of India for the strengthening of the defence sector, welfare of ex-servicemen and highlighted how Indian forces are admired globally for the skills”, in a separate tweet.

In the past two years, the Prime Minister spent time with Border Security Force (BSF) Jawans at Gurez sector (2017) in the state of Jammu and Kashmir and Indo Tibet Border Police (ITBP) Jawans in Kinnaur district (2016). The same tradition has been maintained this year as well.