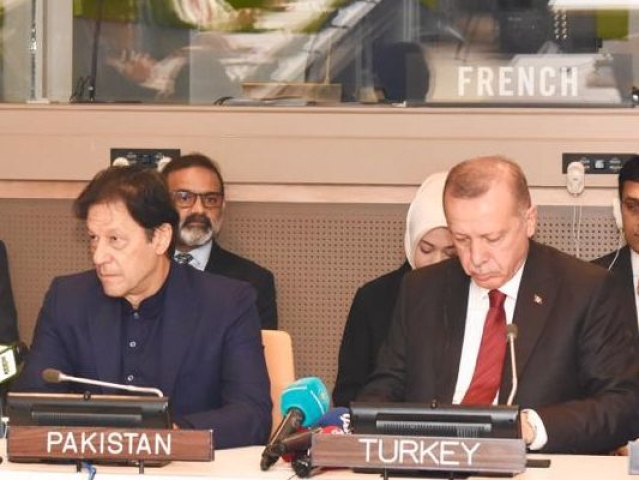 Some 100 Pakistani mercenaries have joined the Turkey backed Free Syrian Army (FSA), reports say. The development comes at a time when Turkey has strongly backed Pakistan in international forums such as Financial Action Task Force (FATF) and the Nuclear Suppliers Group (NSG), according to The Print.

The report also quotes Lindsey Snell, an American journalist covering the Syrian conflict, to claim that 1,400 Pakistani mercenaries 'are to join the Turkish backed' FSA. The FSA is among the main non-state militant groups operating in the Syrian conflict.

Turkish President Recep Tayyip Erdogan's decision to adopt an anti-India and pro-Pakistan stance over Kashmir Valley and the abrogation of Article 370 has come as a succour to Pakistan. India, however, had reacted sharply by cancelling Prime Minister Narendra Modi’s visit to Turkey that was scheduled for October last year.

India is now also cutting down its defence exports to Turkey which includes equipment like explosives and detonators. It has also been claimed that Turkey’s M/s Anadolu Shipyard may lose out on a $2.3 billion project to supply fleet support ships (FSS) to the Indian Navy.

Reports about Pakistani mercenaries in the region gain importance in view of the recently increased escalations.

On 27 February, a Syrian government airstrike killed 33 Turkish soldiers in Syria. It is possible that the strike was carried out in reality by Russia, which controls the airspace in the northern Syrian region and provides air-cover to Syrian ground forces.

However, Moscow has refrained from claiming the attack. Turkey has since stated that it is firing at all known Syrian government positions inside the country. Russia had also earlier warned Ankara against carrying out any military operation against Syrians in the region.