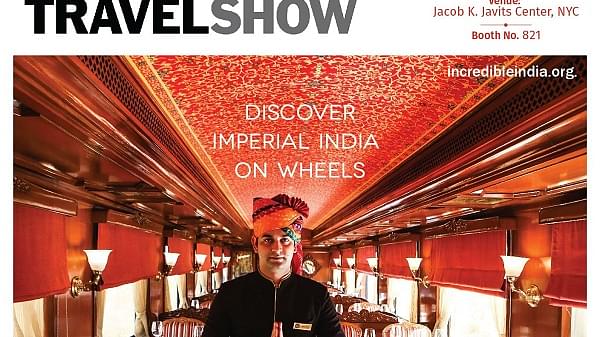 India has won the Award of Excellence for ‘Best in Show’ at the recently concluded New York Times (NYT) Travel Show 2019, the largest travel show in North America.

Incredible India, India’s official international tourism campaign, was the Presenting Sponsor of the Travel Show which was held between 25 and 27 January (2019) in New York, USA.

These efforts were initiated by India’s Ministry of Tourism to “scale up its (India) tourism promotional efforts in the US, enhance India’s visibility and to increase its share of US Outbound travel market.”

Yogendra Tripathi, Secretary to the Tourism Ministry, participated in the Show along with other important stakeholders in India’s tourism landscape.

“India is consistently a top travel destination for the industry professionals and travelers who attend our Show each year and we’re proud that we’re able to provide the quintessential event for them to learn about the latest in travel and travel news,” said Lisa Howard, General Manager, NYT.

"Last year (2017) 1.37 million Americans visited India and we had 1.25 million Indians visiting America so we want to double these numbers in three years. America is our biggest tourism partner," said Minister of State for Tourism K J Alphons to Press Trust of India (PTI) in June 2018.

"India is one of the most secure countries in the world.......The number of tourists visiting India is increasing and many of them, including women, are travelling alone,” he added.

Also Read: No Country For Visitors? How India Can Come Good On Its Tourism Potential