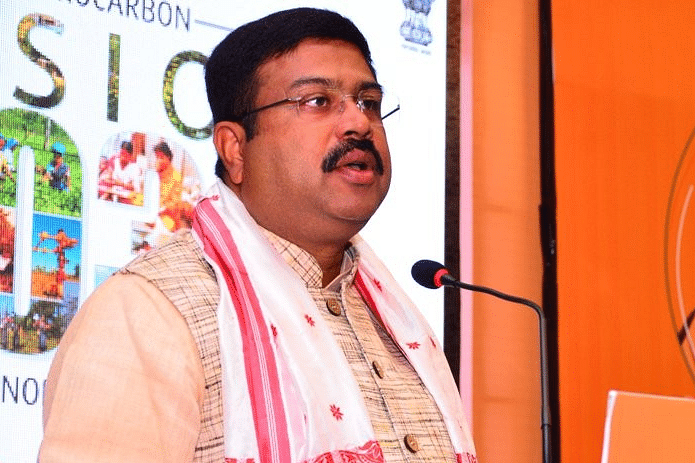 China’s Global Times said that India and China, which suffer most when crude oil prices turn volatile, should utilise the current “honeymoon period” to move forward with their alliance on this issue.

India and China account for 17 per cent of world’s crude oil consumption. The Chinese daily said in view of cut-throat competition to import crude oil, the price power was in the hands of the supplying countries. A Sino-Indian coordination on crude oil could result in wresting part of the pricing power, it said and called for joint investments abroad in oil resources to avoid competition.

Financial daily The Hindu BusinessLine quoted Pradhan as saying that both countries had decided to work together and they were on the same page on “Asia Premium” that Asian buyers pay for crude oil purchase.

The daily also quoted former Indian Oil Corporation chairman R S Butola as saying that if the two countries combine forces and given the fact that it is a buyers’ market today, they can influence the prices.

The Chinese daily recalled a proposal mooted in 2005 by the then minister for petroleum and natural resources Mani Shankar Aiyar on China and India forging a common front on oil issue.

Following the proposal, a memorandum of understanding was signed in 2006 but there was no progress on the issue after bilateral relations ran into problems.
With Sino-Indian relations warming up after the Doklam stand off, the signals are that China could be interested in working with India on issues like crude oil that will give both pricing power in the crude oil market.

On Monday morning, Brent crude, the benchmark grade for India, dropped a tad to $71.84 a barrel after having ended above $72 during the weekend. Crude oil prices flared up last week on geopolitical tensions stemming mainly from the US attack on Syria and Russia’s criticism of Washington’s action.