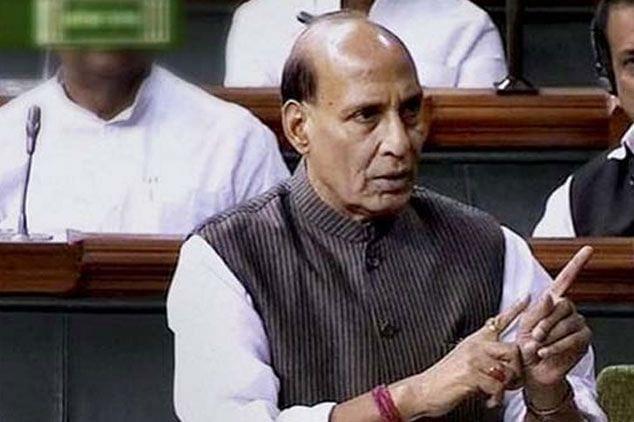 India and China have reached an agreement to disengage troops from north and south of the Pangong lake in eastern Ladakh region, Defence Minister Rajnath Singh told the Rajya Sabha on Thursday (11 February).

The Defence Minister said, "The sustained talks with China have led to the agreement on the disengagement on the north and south banks of Pangong Lake. After the agreement, India-China will remove forward deployments in a phased and coordinated manner."

"China has built up a heavy force with arms and ammunition on their side at several spots near the LAC in eastern Ladakh. Our forces have also adequate and effectively done counter deployment," said the Defense Minister.

"We are committed to maintaining a peaceful situation at the Line of Actual Control. India has always emphasised on maintaining bilateral ties," said Rajnath Singh

He said that forces will return to the command post and added: "Not an inch of land will be given and nothing has been lost since the faceoff".

The Defence Minister said the security forces have proved that they are ready to face any challenge to protect the sovereignty of the country and the nation will always remember the supreme sacrifice of the soldiers.

He said, "The country stands united when it comes to the national security whichever party you belong."