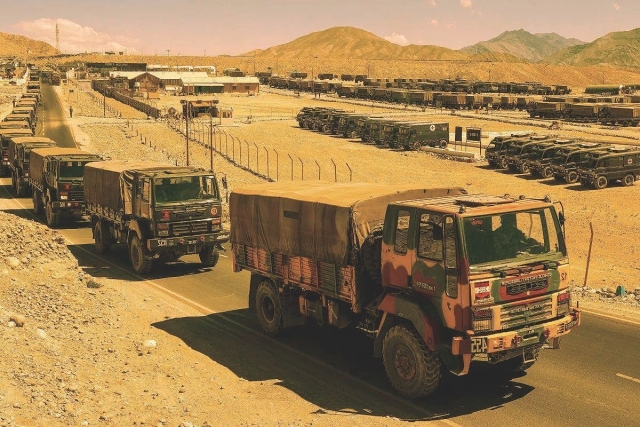 India crossed the Line of Actual Control (LAC) in Ladakh at seven places, a highly placed source has been quoted in the Indian Express as saying.

The report says that Indian forces crossed the LAC to counter transgressions by the People’s Liberation Army (PLA) into Indian territory.

The Express report adds that India has refused to vacate the heights it took control of (in late August) in the region south of the Pangong Lake. New Delhi has also said that it will not stop infrastructure development in border areas.

Chinese forces had occupied the area between Fingers 4 and 8, stretching nearly eight kilometers along the north bank of the Pangong Lake, in early May. The area occupied by China was patrolled by both sides till April.

The positions India took control of on the intervening night of 29 and 30 August in the Chushul sector (south of the Pangong Lake) allow it to dominate the area.

During the seventh round of talks between the two sides, the Indian Army has told the PLA that is not going to withdraw from these heights till China agrees to do the same on the north bank of the Pangong Lake.

The Indian Army has argued that these positions must be vacated simultaneously by forces on both sides to mutually agreed locations.