India In Talks To Buy Two Dozen Light Tanks From Russia For Deployment In Ladakh Against China; Army May Use Emergency Financial Powers 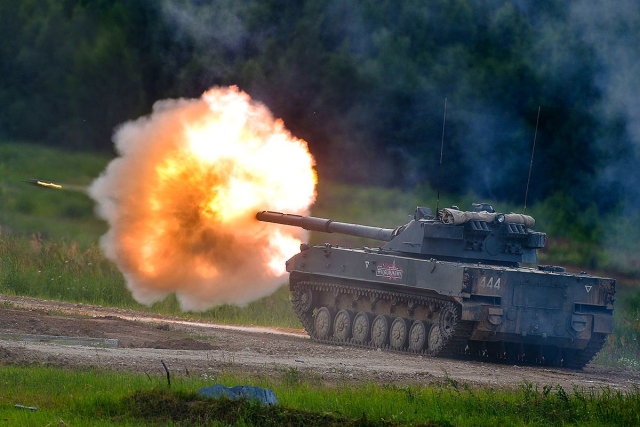 With no headway in talks with China on disengagement in eastern Ladakh, India is preparing for heavy winter deployment in the region.

To boost its capabilities, India is planning to buy light tanks from Russia deployment in high-altitude areas, a report in the Economic Times says.

India, the report says, is in advance talks with Russia to buy Sprut SDM1 light tanks. India initiated talks in July, two months after Chinese forces occupied contested territory in some areas along the Line of Actual Control in Ladakh.

China has moved Type 15 light tanks, among other equipment, to the areas along the LAC to support its aggressive military posture. India has also built up forces along the border, airlifting main battle tanks (MBTs) and armoured personnel carriers to Ladakh using C-17s of the Indian Air Force (IAF).

While the Army has tested its MBTs in high-altitude areas in Ladakh and Sikkim and evolved mechanisms over the years to use these tanks in such conditions, experts believe light tanks, given their superior mobility and maneuverability due to lower weight, are better suited for the conditions in Ladakh.

“Light tanks enjoy enhanced strategic, operational and tactical mobility for rapid deployment in inaccessible areas and where medium tanks movement is impeded,” former director general of mechanised forces, Lt Gen A B Shivane, recently wrote in a brief published by the Centre of Joint Warfare Studies.

A light tanks “superior agility, power to weight ratio and dimensions..gives it a major advantage with reference to inter and intra valley movement..,” he noted.

Russia’s Sprut SDM1 tank is air-transportable and has commonalities with the Russian-origin T-72 and T-90 main battle tanks in Indian service. Armed with a 125mm gun, it can fire all the types of ammunition the Army uses for its T-90/T-72 tanks, the Economic Times report says. Therefore, it can be operationalised in a short time and with minimal crew training.

The Indian Army may acquire two dozen Sprut SDM1 tanks in the first trench at a cost of Rs 500 crore using the financial powers granted to it.