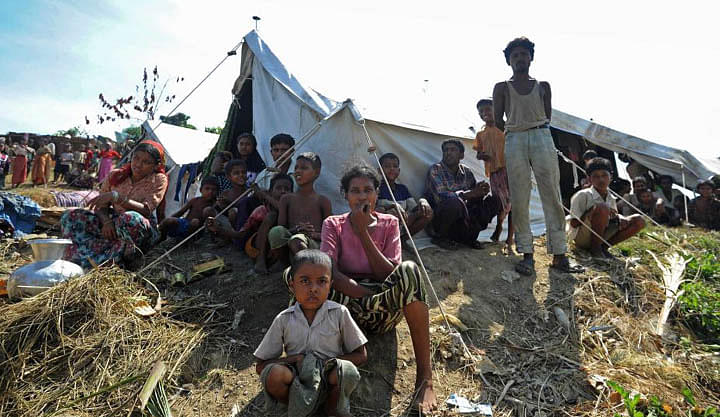 India is stepping up measures to deport Rohingya Muslims who have entered the country from Myanmar and are staying illegally in various parts of Jammu and Kashmir.

The Centre is now devising a plan to spot Rohingya Muslims for possible arrest and deportation under the Foreigners Act, according to a report in The Times of India. The plan involves an assessment of the illegal Rohingya settlers in the country and putting in place a mechanism for their detection, arrest and deportation.

The newspaper says that according to a senior home ministry official, there are an estimated 40,000 Rohingyas who, after being disowned by Buddhist Myanmar, had fled to India seeking refuge.

United Nations Human Rights Commission’s has recognised around 14,000 Rohingya Muslims living in India as 'refugees'. But India has rejected this, calling them merely foreigners who have entered the country illegally in violation of the Foreigners Act, which provides for detection, arrest, prosecution and deportation of "illegal immigrants".

However, an official said their deportation may not be easy as Myanmar does not accept them as its citizens and calls them "Bengali interlopers".

Though Rohingya Muslims living in India are not found to be linked to any terror activity, security agencies say they may be more prone to radicalisation than Indian Muslims and could pose a threat in the future.