India, Japan Sign Pact On Reciprocal Provision Of Supplies And Services Between Armed Forces Of Both Countries 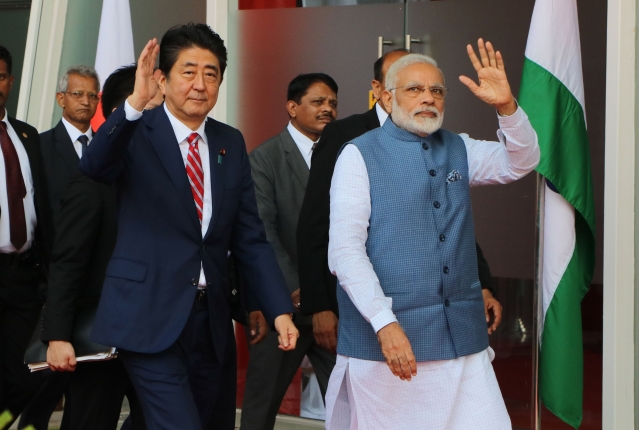 A spokesperson from the Defence Ministry has stated that the pact allows for a closer coordination between the two nations and use of each other’s military facilities. India has previously inked similar deals with the likes of Australia, France, USA, Singapore and South Korea.

These agreements indicate of the coming together of countries to resist the Chinese strategy to spread their influence and attain control over crucial, strategic ports across the region. China already has access to the ports in Karachi and Gwadar in Pakistan and has commissioned over 80 warships in the previous six years and is working swiftly to strengthen their presence in the Indo-Pacific.

A defence ministry statement said that the agreement concerns Reciprocal Provision of Supplies and Services between the Armed Forces of India and The Self-Defense Forces of Japan.

“The agreement establishes the enabling framework for closer cooperation between the armed forces of India and Japan in reciprocal provision of supplies and services while engaged in bilateral training activities,” the spokesperson from the ministry said.

Defence secretary Ajay Kumar and Japanese ambassador Suzuki Satoshi signed the deal as India continues to reinforce its diplomatic relations across different quarters to efficiently stand up to the Chinese threat that is looming over the LAC and beyond ever since May.